Extreme weather events already displace more people each year than all the world’s conflicts combined. Climate change will alter both existing migration patterns and the volume of people likely to move. As a result, cities will continue to grow and the livelihoods of people living there will be particularly under strain as population growth in urban centres increases the competition over jobs, housing, transportation, and health care and infrastructure.

The climate crisis has a direct impact on the livelihoods of people who depend on natural resources or other sources of income. In some areas, it will reduce grazing land, dry up water bodies needed for irrigation, and threaten jobs connected with climate-sensitive natural resources. These environmental changes can combine with other problems — such as unequal land distribution, insecure land tenure, poorly developed markets, trade barriers, and inadequate infrastructure — to push populations to seek alternative livelihoods. Some will move to urban areas that already suffer from high levels of unemployment and poor living conditions, while others may be forced to turn to informal or illegal sources of income.

Although demographic trends and vulnerability will remain primary drivers of international displacement, climate change and increasing exposure to hazards will add to the displacement risk across borders in the future. While migration can be an effective coping mechanism in the face of climate stress, the increased movement of people could also lead to local and potentially regional instability if migration and resettlement are poorly managed. Climate impacts may also limit migration by undermining livelihoods and therefore the capital that people require to move, leading them to become trapped in vulnerable areas.

Migration has multiple drivers and this makes it difficult to accurately define, identify and count "climate migrants." Climate-environment related migration is likely to be internal, temporary and gradual. While this can have positive economic effects for host communities, it can also create tensions with underserved host communities and stretch capacities in rapidly growing urban areas.

In addition, populations may relocate towards as well as away from high-risk zones, for instance from drought-hit rural areas to flood-plains in urban areas. Such movements create climate-fragility risks mainly through their interaction with livelihood security and uncontrolled and badly managed urbanisation.

Today, 50 percent of the world’s population lives in cities. This share will increase to about 60 percent by 2030 and 70 percent by 2045. Population growth in urban centres will pressure governments to meet growing demand for jobs, housing, transportation, and health care, along with land, water, and energy. Well-managed urban development could create opportunities for more economic growth and greater productivity. However, increased economic productivity can also increase the consumption of natural resources.

Climate diplomacy can help to peacefully manage the dynamics of migration and urbanisation, which requires preventive and early action not only by the countries most affected, but by the entire international community.

The connection between migration and climate change has become a priority for climate diplomacy. In view of future climate risks, it is important to analyse how climate change can impact migration pathways and what approaches will help to address climate-induced displacements - both within and between countries. It is clear that one has to allow for the immense complexity of the phenomenon. In this video experts share their insights. 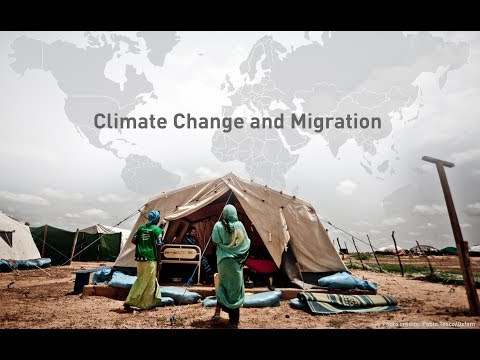 For solving these worldwide problems, we need to work together in a concerted way.

Our EXHIBITION on Environment, Conflict and Cooperation shows how climate change is already displacing people from Fiji to the Horn of Africa.

Cities have become important actors in climate change discussions, formulating and implementing adaptation policies and setting mitigation goals and targets. Their role is also becoming increasingly important in the field of climate and environment as well as sustainability and green growth. Cities can engage and participate in climate diplomacy across various levels and possess specific advantages and capabilities to support international processes associated with international climate action.

These policy briefs explore the research field of urban fragility and its links to climate change and migration and the relevance of cities and city networks in the current international climate policy architecture:

What’s Next on the Research Agenda for Climate Migration and Displacement? 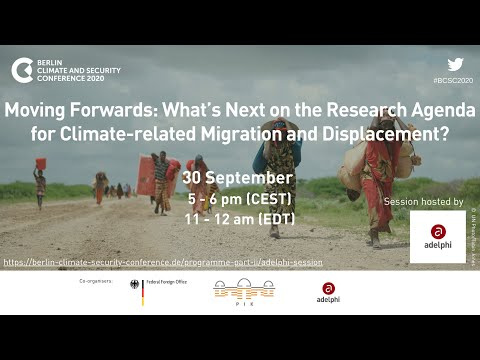 Research on the links between climate change and migration and displacement has advanced quickly in recent years, providing both new methodologies and an expansive body of empirical work also looking at the security implications. This session brings together speakers from new and ongoing research initiatives aiming to provide policymakers with more robust tools and insights to inform projects, programmes and funding priorities, including a deeper understanding of how the nexus between migration, climate change and security plays out in particular countries and regions.

Migration & Displacement in the Climate Context: A Sustaining Peace Approach 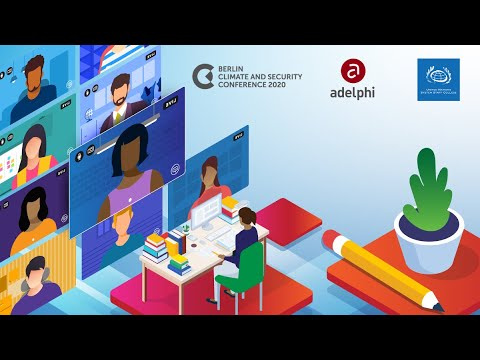 During this webinar at the Berlin Climate and Security Conference 2021, the participants discuss the impacts of climate change and conflict on displacement. The starting point of the discussions is to outline the international law frameworks that apply to climate- and disaster-induced migration. The webinar then analyses the impacts of climate change on displacement through a sustaining peace lens. It also looks at possible mitigation strategies by addressing root causes and prevention, as well as adaptation and resilience-building interventions.