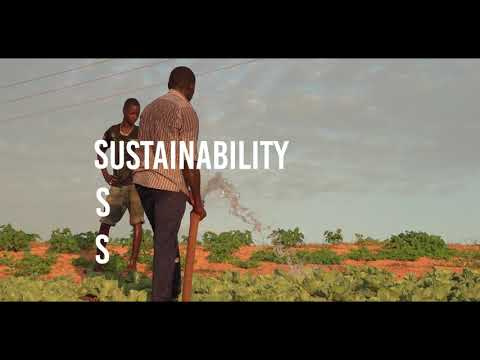 WATCH: The "Sustainability, Stability and Security" (3S) Initiative is an intergovernmental action launched by Morocco and Senegal to address the root causes of instability in Africa – in particular migration and conflict related to the degradation of natural resources – through an innovative approach. It is an inter-governmental initiative helping to transform the narrative and unlock Africa’s potential.

Each year, at least eleven million young Africans enter the job market, while during the next decade an estimated 60 million people will be at risk of being forced to move from degraded land, migrating within and outside the continent. Therefore, land degradation and other effects of climate change on vulnerable populations are becoming a global problem. The bold, innovative and ambitious solutions envisioned by the 3S Initiative have been widely acknowledged and welcomed by the international community.

The initiative works to provide alternatives to forced migration and radicalization by:

Countries participating in the 3S Initiative believe that social inclusion can be achieved hand-in-hand with environmental stewardship. If we harness Africa’s great strengths – its land, its traditions and its people - we can create at least 2 million job opportunities on 10 million hectares of rehabilitated land in the next few years. By reducing vulnerability and building a future from the ground up, the 3S initiative will show how we can offer young people a chance to both set down roots and a chance to soar.

The 3S Initiative aims to:

[This information was taken from unccd.int.]

Further reading:Sustainability, Stability, Security - Why it is vital for global security and stability to tackle climate change and invest in sustainability (WWF France, 2017)