For years, land and environmental defenders have been the first line of defence against climate breakdown. Yet despite clearer evidence than ever of the crucial role they play, far too many businesses, financiers and governments fail to safeguard their vital and peaceful work.

This report is based on research into the killings and enforced disappearances of land and environmental defenders between 1 January 2019 and 31 December 2019. It also shows the broader range of non-lethal threats and criminalisation that they face.

The documented number of lethal attacks against these defenders continues to rise. Again, this is the highest year ever for killings – 212 were murdered in 2019. On average, four defenders have been killed every week since December 2015 – the month the Paris Climate agreement was signed, when the world supposedly came together amid hopes of a new era of climate progress. Countless more are silenced by violent attacks, arrests, death threats, sexual violence or lawsuits. There is a broad array of methods used to deter communities from protecting their land and environment.

Shockingly, over half of all reported killings last year occurred in just two countries: Colombia and the Philippines. Reports show that murders of community and social leaders across the country have risen dramatically in Colombia in recent years – and, with 64 activists killed, those protecting their land and the environment were most at risk. The Philippines, a country consistently identified as one of the worst places in Asia for attacks, saw a rise from 30 killings in 2018 to 43 last year.

Mining was still the most culpable industry – connected with the murders of 50 defenders in 2019. Communities opposing carbon intensive oil, gas and coal projects faced continued threats. Attacks, murders and massacres were used to clear the path for commodities like palm oil and sugar. In 2019, Global Witness documented 34 killings linked to large-scale agriculture – an increase of over 60% since 2018.

Defending Tomorrow: The climate crisis and threats against land and environmental defenders 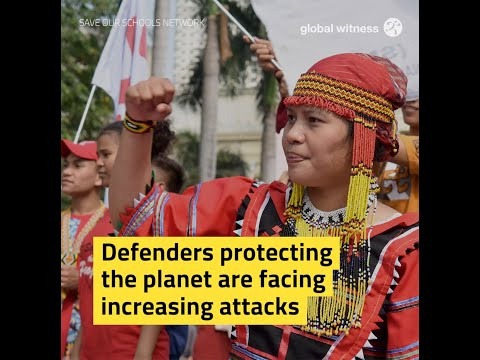 [This summary was slightly adapted from the report's Executive Summary.]

Inclusivity can be a powerful vehicle of climate action

The momentum for climate action we are witnessing is extraordinary. Throughout 2019, millions of people took the streets all around the world to join the youth...

Civil society engagement is essential for environmental protection, especially in cases where institutional frameworks are weak and governance is lacking. Often...

Of Yellow Vests and Green Policies

Originally planned as a demonstration against fuel tax hikes, the Gilets Jaunes (Yellow Vests) revolts have sparked national and global debates. Some view the...

Jair Bolsonaro, Brasil’s current de facto presidential frontrunner, says he would withdraw Brazil from the Paris Agreement if he wins the October election. The...

There are only a few weeks to go before international and local leaders from states, regions, cities, businesses, investors and civil society travel to the...

How to engage people beyond the ‘green bubble’

To avoid dangerous climate change, we need engagement from across the political spectrum. Our editorial team has asked Adam Corner, expert on climate...