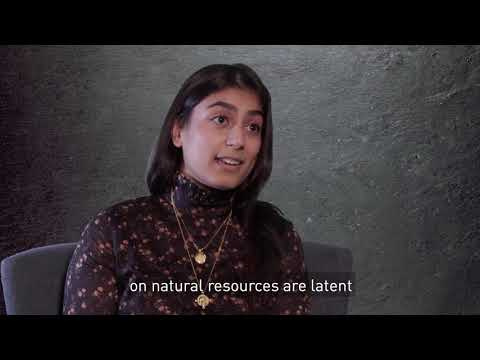 WATCH: In this video, experts look into how climate change influences Mali's down spiralling security situation and suggest an approach directed towards conflict prevention and natural resource management.

Mali has been experiencing a series of recurring climate impacts that have severely impacted the country's agricultural sector - no less than the blood vein of Mali's economy and the livelihood of its mostly rural population. Scarcer resources have spiked a series of violent conflicts and strengthened armed rebel groups, leading to mass displacements and regional instability.

"Voice over:
To create peace in Mali, it is necessary to look at the role of climate change in conflict, and to identify new routes out of poverty and violence.

In Central and Northern Mali, devastating droughts and unpredictable rains wiped out agricultural livelihoods. They have affected traditional herders, farmers and pastoralists, and led to conflicts over scarce resources. Armed rebel groups were then able to thrive on the grievances.

Shreya Mitra:
Local natural resource conflicts in Mali have spill-over effects to other sectors and to other regions. They are not geographically contained. Because, as we know, conflict breeds other conflicts and with the pressures of climate change and population growth, the ability for these conflicts to expand out and become wider than where they are contained is much larger and it is much higher.

And so firstly, we do need to invest in conflict prevention because disputes over natural resources are ubiquitous in any country whose economy depends so heavily on them. In Mali for example, 80% of livelihoods depend on the use of land and water and so to ignore areas where pressures on natural resources are latent but where they are increasing really runs the risk of not treating the conflicts and nipping them in the bud when we can actually do something about it.

Voice over:
Though peace negotiations were concluded in 2015, the security situation in Mali remains volatile, preventing the return of many internally displaced people and refugees who fled to neighbouring countries.

It is obvious, it is clear that the key, the most important key drivers of the security situation in the Sahel and in Mali are related to climate, related to drought, related to competition over natural resources: water and land. So if the international community wants to help Mali out of that trap, there is a need to look into the climate angle.

Voice over:
Climate variability and desertification play into the hands of armed groups and make peace harder to attain. Integrating natural resource management into national security strategies and migration policies, and to address environmental pressures that impact agriculture and food security are vital steps towards security, stability and sustainability."

Since its deployment in 2013, the UN Multidimensional Integrated Stabilization Mission in Mali (MINUSMA) has worked on ways to address security risks associated...