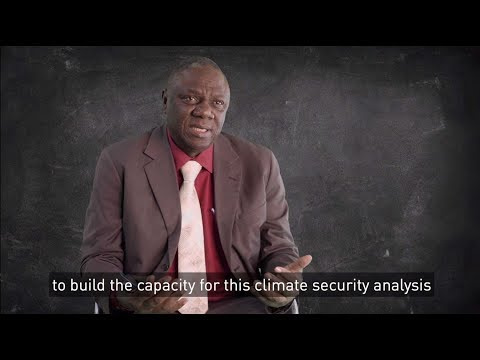 WATCH: The issues that afflict the Lake Chad basin cross sectors and national borders – and so should their solutions. Mohammed Bila from the Lake Chad Basin Commission gives an overview of the main political developments in the last two years.

He stresses that there is much to be done by local actors in responding to emergencies, but that the international community has a central role to play in breaking the climate conflict trap.

“Compared with the previous two years, there are two recent developments [on the Lake Chad basin]. On the negative side on the Basin is that the humanitarian crisis has increased. We still have these new challenges of having over 2.5 million people who are displaced, who depend on their food security on humanitarian organizations. But at the same time, we work together with all stakeholders to put in a process in place that reduces the fragility in the whole of the Lake Chad basin, and also increases the resilience of the population. This is a work with the African Union, to develop the regional stabilization strategy.

This strategy is a longterm objective of what we need to do in all member states of the Lake Chad Basin Commission, to restore back stabilization in those areas that are freed from the Boko Haram insurgents, and then trying to bring back stability to the life of the people. The strategy was completed successfully, and it was adopted last year. For the next 25 years, we have a strategy in place that will harmonize all actions between the member states. We are going to the stage of developing territorial action plans in eight of the administrative units that we have identified where we have big problems.

There are some parts that we have to do locally, and then another part that can be handled at the international level. In that light, it is building our capacity locally to have an early warning. So we have started this process with local partners. At the international level, we are still of the view point that there should be an institutional home where this thing is looked at globally, because if we look at us in Africa monitoring is neglected because you have bigger challenge. You have to feed people. You have to respond to disasters. You have to fight the insurgence groups. So the little resources you have go into these processes.

We don't have the funding to build the capacity for this climate security analysis and the recommendations, the policy framework. So that is why we in the Lake Chad Basin will always push to have an institutional home within the United Nations, where there are adequate resources, and most importantly, you have all the expertise in the world concentrated and focused in these programs.“