Food Access and the Logic of Violence During Civil War 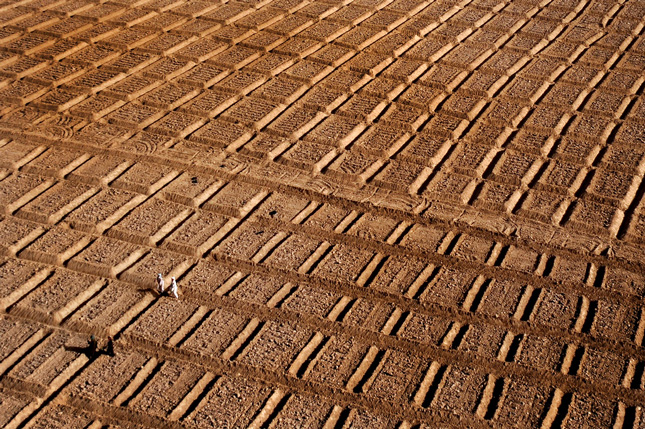 In 1981, Nobel Laureate Amartya Sen noted that “starvation is the characteristic of some people not having enough food to eat. It is not the characteristic of there being not enough food to eat.” Sen was referring to the idea that hunger is not always related to food supply; even in places where ample food exists, many people do not have regular access to it. Yet, more than three decades later, research into the effects of agriculture on armed conflict is still focused much more on the former than the latter.

At first glance, this focus on production makes sense. Many food-insecure countries tend to experience armed conflict. Assuming that higher temperatures can cause conflict by reducing agricultural output, as many researchers begin their lines of inquiry, is logical. Lower output shrinks the economies of nation-states and communities that heavily depend on agriculture and is thought to prompt fights over what limited agricultural resources remain.

The complete picture, however, is not that simple. In 2017, four countries are projected to experience severe famine. Of these, only one, Somalia, is experiencing prolonged drought. The food security of the others – Nigeria, South Sudan, and Yemen – is being most disrupted by violent conflict. War in these countries is destroying crops and cutting off flows of aid and trade, not only reducing supply but crippling access to food.

In fact, controlling access to food may be a central feature of these conflicts. In new research recently published in the Journal of Peace Research, we find that across Africa, violence against civilians during conflict is more likely in food producing regions than non-food producing regions. Armed groups, whether affiliated with the government or not, often have to rely on local agriculture for sustenance during war and tend to use violence – as opposed to co-option – to take it from areas with abundance, with deadly consequences for farmers.

Civilians in the Cross-Hairs

Throughout history, armed groups have lived off the land to sustain themselves. Modern militaries enjoy effective logistical supply chains, but these supply chains often do not exist in developing countries. In the former Zaire, President Mobutu Sese Seko notoriously told government troops, “You have guns; you don’t need a salary.” The situation can be even worse for rebel groups and militias that receive no state support.

In most conflict-prone regions, if civilians produce food and willingly support nearby rebel or government troops, then no violence is needed to guarantee provisions. Here, agricultural resources have a pacifying effect as soldiers and civilians alike enjoy ample access to sustenance and interact peacefully. Both groups believe that this relationship is likely to continue and therefore prefer cooperation. Some notable examples of such cooperation come from Ethiopia and India, where military forces and rebels in long-lasting conflicts try to appeal to the locals’ “hearts and minds.”

In other cases, however, armed troops do use violence to secure food resources. Consider Uganda, where the National Resistance Army (NRA), a rebel group between 1981 and 1986 and the official state military thereafter, preferred a strategy of cooperation in relatively peaceful periods of the country’s long civil war. However, when armed conflict intensified, NRA troops frequently attacked and killed civilians in agricultural areas to secure resources.

The roles civilians play as both producers and consumers of food are central to shaping this dynamic. During relatively peaceful times, civilian farmers have few reasons to resist armed actors and their food demands, while government or rebel soldiers likewise have incentives to co-opt civilians for stable sustenance. In such circumstances, both sides will often come to view each other as potential long-term partners, and civilians might even anticipate political leverage in return for their support.

When conflict intensifies, however, soldiers and civilians face added resource burdens and shorter time horizons. Active fighting devastates agricultural land, straining food availability and decimating reserves. Famine can often limit farmers’ abilities to feed their own families, not to mention others, as territories change hands. Increased troop movements also mean new occupiers that are less likely to be friendly to the local farmers and more likely to punish those who collaborated with the enemy. This leads all sides to discount the potential future benefits of long-term cooperation over food provision. As a result, rates of violence against civilians within agricultural areas rise.

Climate Change and the Future of War

Violence perpetrated in agricultural areas to secure food resources is not new. But while many consider this practice to be a thing of the past, in many parts of the developing world, it persists and may even increase in the near future.

In the coming decades, environmental degradation, climate change, and population growth will likely reduce food production in some developing countries. This will increase the reliance of armed forces on local food resources and could exacerbate the ill-treatment of civilians during conflict.

Abundance and access can also be motivations for violence

We could also see new behavior from armed groups during peacetime, such as a focus on controlling agricultural resource extraction. This may not necessarily be a bad thing. For instance, groups that control valuable export crops, such as bananas or sugar, seem to treat local farmers more peacefully. Yet, as our analysis suggests, such practices can have unintended consequences during war. The peaceful co-option of farmers’ labor can turn violent when these groups feel threatened by enemy forces.

To understand the relationship between food and violence, the evidence suggests that we should think more carefully about the complexities of food security – about who is living off the land and why, about whether famines are caused primarily by climate change or if we can address food access problems more directly, and about the most effective role for international institutions in helping societies reduce food insecurity.

The causes of food-related violence are numerous, with reduced agricultural production being only one. Our research suggests that abundance and access can also be motivations for violence, especially when armed groups see little reason to build a relationship with food producing communities.

Ore Koren is a PhD candidate in political science at the University of Minnesota and a Jennings Randolph fellow at the United States Institute of Peace.

Benjamin E. Bagozzi is an assistant professor of political science and international relations at the University of Delaware.

Time is a Luxury We Cannot Afford: How to Prevent Climate Security Risks

"Land degradation is a root cause of migration and a trigger of conflicts", says Monique Barbut, Executive Secretary of the United Nations Convention to Combat...

Where the world stands on climate security? A summary of the UNSC debate.

“Climate change is inextricably linked to some of the most pressing security challenges of our time,” said Deputy Secretary-General Amina Mohammed, echoing many...

In May 2018, the Brazilian Institute for Climate and Society and the German Embassy in Brazil hosted an event on international climate and security in Rio de...

Resolving environmental conflicts is important for creating and sustaining peace. But the connections between environmental problems and social or political...

This article portrays the link between the Iraqi farming communities limping from one debilitating crisis to another and the growing recruitment process of ISIS...