High urbanization and extreme weather: a dire mix for the Caribbean – Interview with Amilcar Kraudie 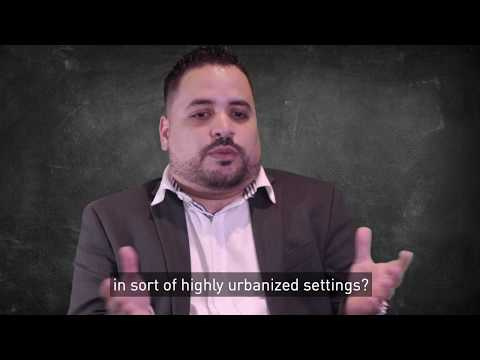 WATCH: In this interview, Amilcar Kraudie, Emergency Manager for Latin America at Christian Aid, stresses that climate change has been aggravating the already violent pattern of natural disasters, making them even more severe and destructive, threatening the region's security and development efforts.

Small island developing states (SIDS) in the Caribbean already struggle to cope with rampant population growth in its urban centers, and the scarcity of living spaces and resources that comes with it.

"We're dealing with Caribbean states that are, first of all, in terms of territory, they're not that great in terms of size, and that in itself creates a problem because you have the issue of urbanization in sort of very limited territories. How then do you apply the angle around sustainable living in sort of highly urbanized settings? I’m thinking specifically in terms of Haiti, where there are clear challenges in the capital itself, one of them being high urbanization rates, perhaps limited municipal planning, and the exposure to the high recurrence and severity of natural disasters.

The main challenge that we have right now is the recurring pattern of disasters. Hurricane season (as) we now know has become more severe. In this conference it has been highlighted that, although there might not be that level of frequency in the future, the severity of each would be devastating for specifically smaller island states such as maybe Dominican Republic and Haiti. If you visit any of these cities, specifically I'm thinking of Port-Au-Prince, you do see that there is rampant growth across, say, the mountains that are surrounding and enclose the capital. Their vulnerabilities multiply exponentially simply because it rains.

The population density in many of these main capitals across the Caribbean states expose them to higher impacts and higher vulnerability in the event of massive disasters. We saw that also in Puerto Rico and in Dominica which are states that are more developed. We've already seen the devastating impact it has on them. Even though these are island states that are surrounded by water, it is known that many of these states also have water scarcity problems, as it happens, potable water specifically. And that in itself also poses a significant challenge because, even though they might be surrounded by ocean water, it's about how then these states are going to be able to balance the growing need for, say, access to water for a growing population, especially in urban centers."

Multifaceted crisis scenario in fragile cities: the case of Haiti

A greater understanding of the relationship between climate change, migration, cities and conflict is required in the global research community. Clemence Finaz...

Latin America looks to COP27: ‘The time to see ourselves only as climate victims is over’

What Brazil’s elections could mean for relations with China

Analysts say agribusiness links are likely to continue to advance, but diplomacy may follow different paths depending on the winner of October’s presidential...

To mark the upcoming International Day of the World’s Indigenous Peoples, the authors spoke with Lola Cabnal, a Guatemalan indigenous leader, to discuss the...

Increasing rates of both deforestation and violence in the Brazilian Amazon are being driven by sprawling national and transnational criminal networks, a study...

What can global governance do for forests? Cooperation and sovereignty in the Amazon

Perhaps more than any other area of climate and environmental issues, reaching a binding global commitment to forests has remained elusive. As a result, the...

A dangerous climate: deforestation, climate change and violence against environmental defenders in the Colombian Amazon