How does the EITI provide added value for civil society? - Interview with Peter Eigen - Part IV 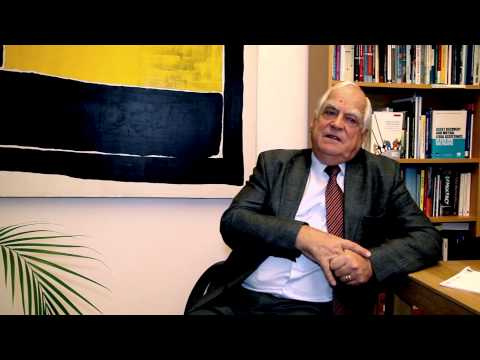 WATCH: In the fourth part of the series, Peter Eigen explains how EITI benefits and empowers civil society.

The governance challenges of natural resource extraction are enormous. What can be done to improve natural resource governance? ECC’s Stephan Wolters talked to Peter Eigen, Founder of Transparency International and Chair of the Extractive Industries Transparency Initiative (EITI) from 2006-11. As a leading expert on the challenges of corruption, he provides exciting insights and evaluates success and failure of various approaches, including EITI.

"Some NGOs felt that EITI just produces numbers which do not mean anything, do not feed any hungry children, do not get anybody in a hospital, and so on, and that it did not change the behaviour of the companies and the countries. This is a criticism one has to take seriously. Still, we wanted to have a triangular arrangement where governments, private sector and civil society cooperate. We always tried to go as far as these three actors were able to agree. I had a feeling that creating transparency was all we could achieve, and it was important. Sometimes the companies were angry and threatened to walk out of the EITI, for example regarding the Dodd-Frank Act or with respect to reporting on a project basis. Some did not want to include sectors like forestry and fisheries, and so we had to put these on the back burner.

Civil society also had objections sometimes: for instance, we did not allow Ethiopia to join because civil society members of the board felt that civil society in that country was not independent and strong enough. Similarly, people felt that the numbers we produce were merely a theoretical exercise. Therefore, it was very helpful that some countries started to broadly disseminate these numbers. In Liberia, the government put up big signs with key figures of the EITI report along the road to a mine, so people who came to a stakeholder meeting there - farmers, small entrepreneurs - knew the exact numbers. They knew exactly that there had been payments, whereas the government stated that they never received the money, so on the basis of this discrepancy proceedings started and people were prosecuted. There was tremendous participation of the people, but the reason was that the president of Liberia encouraged it by empowering civil society and making it a part of political awareness."

More background on EITI and natural resource governance: This civil society position paper looks at the links between natural resources and conflict - and calls on the EU to adopt legislation so that suppliers don't draw on conflict minerals.

The shift to a low-carbon economy is not only underway, it is accelerating. What does a rapid energy transition mean for the countries that supply the inputs...