As the May 2019 EU elections loom and a new European Commission takes office, climate action can become a key driver of a reformed EU project for more solidarity, protection and innovation, writes Luca Bergamaschi, Senior Associate at E3G.

As the May 2019 EU elections loom and a new European Commission takes office, climate action can become a key driver of a reformed EU project for more solidarity, protection and innovation, writes Luca Bergamaschi, Senior Associate at E3G.

Climate impacts throughout 2018 were a stark reminder of the vulnerability and unpreparedness Europe faces, with the most vulnerable bearing the highest costs. If Europe wants to effectively protect its citizens, this needs to change. Our report, Managing climte risk for a safer future: a new resilience agenda for Europe, sets out how a new political agenda for resilience could look.

No aspect of our lives will be untouched, and no country can manage climate risk alone. The existential threat of climate change is all encompassing and so must be Europe’s response. Without increasing commitments and accelerating their implementation, the world will continue to move towards 3°C of warming by the end of the century. Some regions will be hit harder than others, with Southern Europe projected to be a hotspot for impacts. 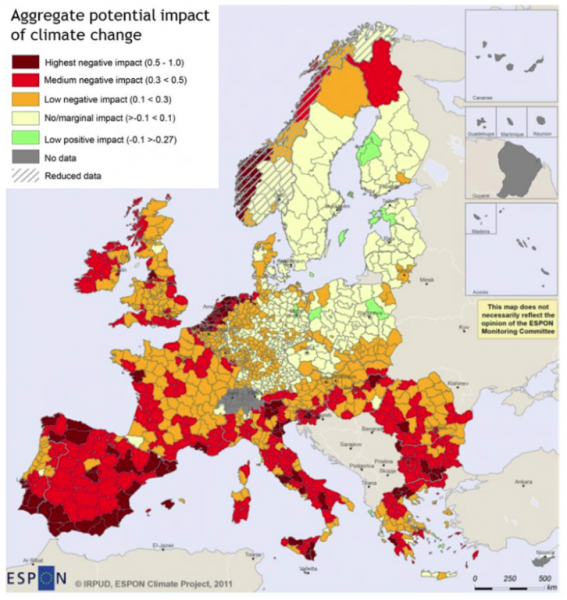 Without deep change, an unprecedented level of disruption is expected in Europe throughout this century. New research from the European Commission’s Joint Research Centre estimates annual damages from coastal floods could be as high as €1 trillion per year affecting over 3.5 million people, drought-hit cropland could increase 7-fold, agricultural yields could decline by up to 20%, and the land burnt by forest fires could double, while almost one in two Europeans would be affected by water scarcity.

However, real-life impacts and consequences are set to be worse than estimated as second and third order effects, which are hardly captured by existing socio-economic assessments, will fundamentally alter the lives of all Europeans and transform European politics. These include food shocks, trade disruptions, increased migration flows, the potential of new conflicts and the material impacts of climate “tipping points”.

As the earth system heats up, the risk that its vital organs – known as “tipping elements”, such as the polar ice sheets, the Amazon forest, the coral reef and permafrost – react in non-linear and abrupt ways significantly grows. As all Earth’s  elements are interconnected, once the process of tipping points starts it may be very difficult or impossible to stop, pushing the earth system irreversibly onto an unmanageable "hothouse earth". 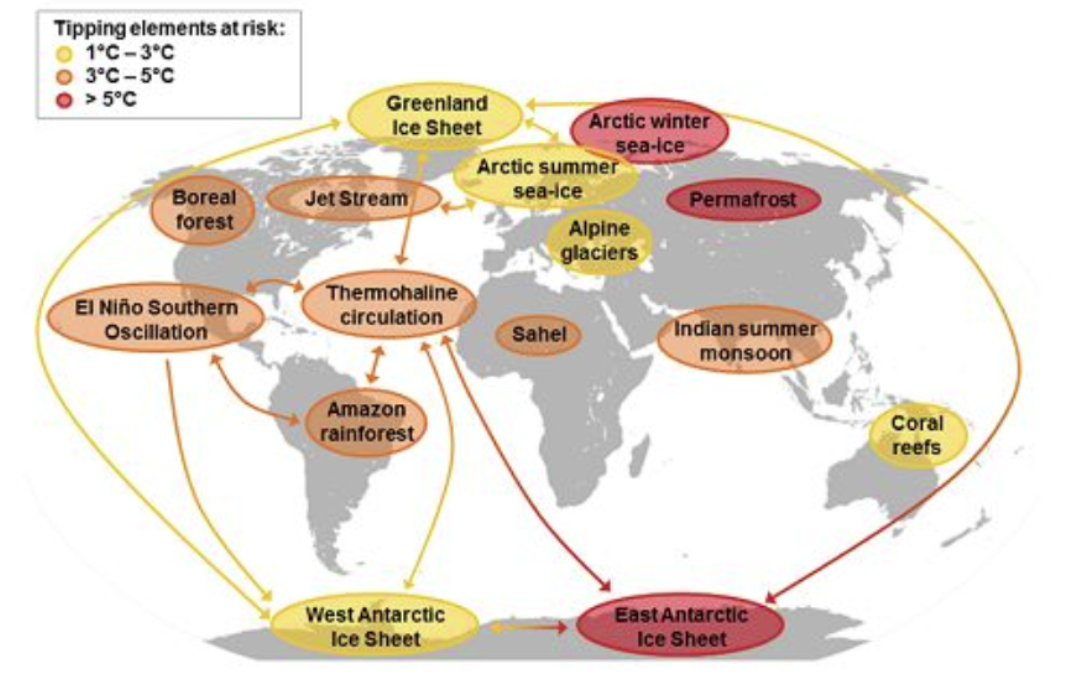 Overshooting 1.5°C poses higher risks of triggering tipping pointswhich would fundamentally undermine Europe’s security and prosperity for centuries to come. Europe cannot afford to take this risk. Also, relying on unproven technology for future large scale “negative greenhouse gas emissions” is too risky to inform current action. Instead – and in light of future uncertainty – the next European Commission needs to rethink its approach to climate risk and make European institutions fit for purpose by adopting a new resilience agenda, that:

This new agenda on climate resilience should contribute to improving the trust Europeans have in their institutions. Fundamentally, this is about redefining the social contract between citizens and institutions in a climate changed world. Only by effectively engaging its citizens in a shared, mission-oriented transformation for their own well-being, can the next EU Commission strengthen the core mission of the European project of securing peace and prosperity for all.

The author, Luca Bergamaschi, is a Senior Associate at E3G, an independent think-tank operating to accelerate the global transition to a low carbon economy.

[This article originally appeared on euractiv.com.]

The impacts of climate change are already being felt in the UK, and urgent action is required to address climate-related risks, the CCC’s Adaptation Sub...

Protecting farmers from climate impacts must become a priority

According to a new report from the Food and Agriculture Organization of the United Nations (FAO), between 2005 and 2015 natural disasters cost the agricultural...

One of the most pressing—and distressing—climate change impacts faced by the world is storm surge, a storm-induced increase in water level exceeding normal...

When an adaptation effort no longer suffices

No adaptation approach lasts forever in the face of increasing stresses posed by a changing climate. Think of each such effort's having a 'use-by' date. How...

Regional climate risk insurances are increasingly popular among policymakers, NGOs and academics alike. However, while initial experiences may well speak in...

The E3G G7 coal scorecard assesses how G7 countries are addressing the challenge of reducing coal-fired power generation. It analyses the market and policy...

The European Union is preparing a new Communication on resilience. This concept has played an important role in the EU’s approach to the development...