Climate Change, Marginalization, Terrorism - What to do about Lake Chad? – Interview with Dan Smith 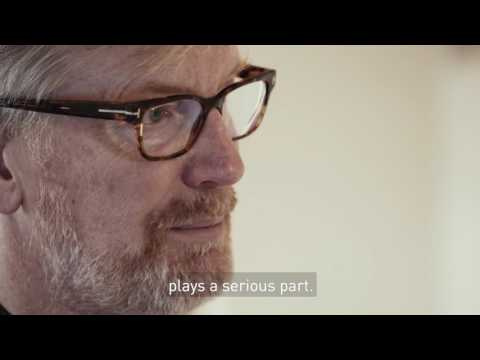 WATCH: Dan Smith, Director of SIPRI, explains why the Lake Chad Basin is one of the greatest trouble spots of our time, and what measures need to be taken. The most important is governance, followed by actual security measures, and management of scarce water resources.

What are solutions, or approaches, to climate change and fragility in the Lake Chad region? How to tackle compound problems such as climate change, migration and terrorism?

"Lake Chad is one of the big environmental trouble spots of our time and over the last 40 or so years since a serious drought in the beginning of the 1970s, the volume of water in the lake has gone down. It is a kind of perfect storm of climate-fragility risks in that area.

We are not sure at all that this is anthropogenic climate change which is causing the problems. This could rather be standard regional climate variability. There are huge climate variations over decade-long patterns, all through the Sahel region. But in a way, it doesn’t matter, because what you’ve got is a very fragile situation, with a lot of human insecurity, in which the state of the climate plays a serious part.

One part of the solution or approaches to climate change and fragility is always governance. So how are the governments, both the national governments and the provincial governments, working on this? Are they including local people in the solutions as they develop them? Are they working together, are they cooperating? I think that one part of it as well is the deeper questions of insecurity and marginalization and lack of opportunity for young people that are part of the explanation of why Boko Haram has grown. So you have to think about what you could call ‘standard economic development’ in that part of Nigeria as a long-term approach. Then you have to think about actual policing of the area and who is going to provide that. Will that come from ECOWAS, from the African Peace Facility, is more international help needed?

And then, not necessarily last on the list of priorities, but also trying to look after the water in the Lake as much as possible, to conserve it, to diminish and reduce waste, in a sense accidental loss, so that the variations in the climate have less effect on variability of the water volume, because that would mean that people’s livelihoods and their security was not so dependent whether it rained last year or not."