A dangerous climate: deforestation, climate change and violence against environmental defenders in the Colombian Amazon

A twin human rights and environmental crisis in Colombia has intensified since the government and rebel army FARC signed a peace treaty in 2016, finds a new study by WWF in collaboration with the thinktank adelphi, the Colombian NGO Fundación Ideas Para la Paz (FIP) and the Frankfurt Zoological Society. The demobilisation and disarmament of FARC created a power vacuum in the Colombian Amazon that has allowed increased exploitation of natural resources and illegal economic activities, in particular the cultivation of coca plants, unregulated gold mining, livestock and agriculture. This has led not only to more environmental destruction and deforestation, but sparked a new spiral of violence.

With the sharp increase in illegal activity, local communities, NGOs and state institutions that strive to protect the Colombian Amazon are increasingly coming into conflict with the interests of powerful and heavily armed groups.

In the best-case scenario, they are prevented from doing their job, in the worst case they are threatened, abused or killed. Recently published data shows that Colombia is now one of the most dangerous countries for environmental defenders, with more murders than any other country: 65 of the 227 recorded worldwide in 2020. At the same time, deforestation has skyrocketed to unprecedented heights, rising by 83 percent in the first half of 2020 compared to the same period in 2019.

“Hopes for peace and security were not fulfilled with the 2016 ceasefire,” said Dr. Julia Gorricho, South America advisor at WWF Germany and an author of the report. “Instead, the crisis intensified with the signing of the peace agreement. Colombia’s Amazon region is today caught in a new spiral of violence that claims more and more victims. We see how environmental degradation and the merciless struggle for resources destroy the livelihoods of countless people in the country. At the same time, the destruction of forests is driving the global climate catastrophe.”

Indigenous communities are particularly hard hit, losing their land and becoming victims of human rights abuses, violence and displacement. Between 2016 and 2019, seven environmentalists were murdered in the Amazon region and ten leaders of indigenous communities and environmental organizations were threatened. Many other attacks, forced evictions and sexual assaults have also been recorded.

Government employees charged with protecting the environment are also at risk. In February 2020, a dissident group of former FARC rebels told the employees of national parks in the Amazon region to leave the protected areas within 48 hours. In order to save their lives, the officers complied.

“With the signing of the peace agreement, the dynamics of conflict and environmental degradation have changed significantly,” says Lukas Rüttinger, Senior Advisor at adelphi and an author of the report. “A complex and constantly changing network of armed groups, private sector actors and corrupt officials are using the power vacuum created by the demobilization and disarmament of the FARC to expand their power and illegal economic activities. The result is an unprecedented rate of resource exploitation in the Colombian Amazon,” Rüttinger continued. 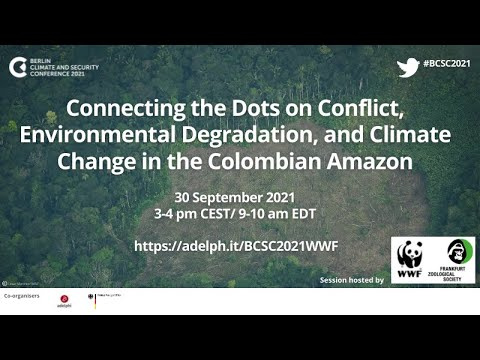 Environmental degradation and conflict produce a vicious cycle. Deforestation, driven by the constant instability, is accelerating the global climate crisis. At the same time, the ecosystems of the Amazon are becoming less able to withstand the effects of climate change due to deforestation and environmental pollution. Changes in water availability, the navigability of rivers and weather patterns are already noticeable, endangering the livelihoods of the local population. As a result, people come under more pressure to engage in illegal activities such as growing coca or joining armed groups, further destabilizing the region.

Above all, profound inequalities that underpin decades of armed conflict persist. On top of this, key measures included in the 2016 peace agreement such as comprehensive land reform have not been implemented, contributing to the conflict taking on new forms.

According to the authors of the study, the state has not been able to stop deforestation or effectively protect those at risk. "The most urgent task at the moment is to protect people from direct violence," says Juan Carlos Garzon, Research Associate, FIP. “But you can't just do that by fighting crime. The country's social conflicts can only be defused if poverty is reduced and new perspectives open up for the people of Colombia. It is also important that the local communities in the Amazon receive greater support so that they can better protect themselves from social conflicts and the consequences of global warming."

Although quantitative studies assess the relation between natural resource management programmes and conflict risks, there is less research on what the specific mechanisms involved in implementing projects designed for environmental peacebuilding are. 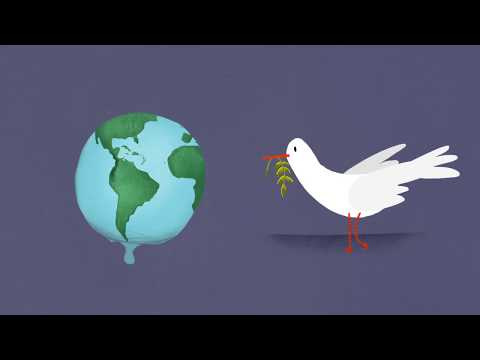 What can global governance do for forests? Cooperation and sovereignty in the Amazon

Perhaps more than any other area of climate and environmental issues, reaching a binding global commitment to forests has remained elusive. As a result, the...

Protecting archaeological sites in the Amazon is essential for environmental wellbeing

Raging fires, expanding mineral extraction and land clearing for agribusiness are not only destroying Amazonian lands and biodiversity, they are also...

With Argentina on board, the Escazú Agreement inches closer to reality

With Argentina's ‘yes’, the Escazú Agreement is one step away from coming into force. What’s its status in each country?

Deforestation in Brazil: It’s not just the Amazon

The Cerrado, a tropical savannah region located in Central Brazil, is nearly half as large as the Amazon and a deforestation hotspot. Yet little attention is...

Don’t let the blue skies fool you: in Brazil, the pandemic is bad news for climate and environment

Stories of clear skies and wildlife conquering urban areas might provide much needed comfort during these uncertain times as the health crisis unfolds. But in...

Colombia is now closer than ever to finding a peaceful resolution to generations of violence. With so much to gain in a post-conflict world - as much for the...

Over the past decade, the number of undernourished people around the world has declined by around 167 million, to just under 800 million people. However, this...