Natural resource extraction in Latin America leads to blatant human rights violations and conflict. Dawid Danilo Bartelt, book author and Director of the Heinrich Böll Foundation in Mexico explains in an interview with ECC why resolving commodity-related conflicts will be impossible without a strong civil society, and points to a special responsibility of European consumers.

Why should we know more about resource conflicts in Latin America?

In recent decades, the amount of resources used has increased and consequences related to their extraction have become more severe. Latin America is particularly hard-hit. Nowhere else have the exploitation of resources and resulting social-ecologic conflicts increased as drastically in the past two decades.

Since the late 1990s, especially in the early 2000s, we have witnessed very high commodity prices on the global markets. Latin American states have taken advantage of this situation and have increased their exploitation of resources accordingly. In consequence, conflicts – and we are talking about real conflicts in which people lose their livelihoods; in which people’s rights are violated – have increased drastically.

We as industrialised countries are the primary consumers of these commodities. This means that our demand triggers the drastic increase in production, and in exploitation. The conflicts take place in Latin America, but we share the responsibility. 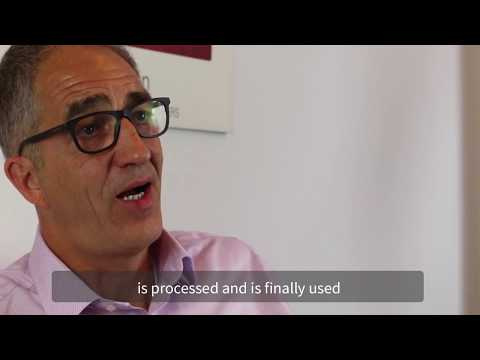 Who are the main players needed for changing current conflict patterns?

The experience in Latin America shows that these conflicts need to be managed and we luckily witness progress in this regard. There are three different actors that need to interact with each other:

Experience shows that there is hardly any progress unless civil society is strengthened. Companies are trapped in structural conflict that is easy to understand; their goal is to increase their shareholder value. That which interferes with this goal is not desired. However, the public discourse has evolved and there is a lot of pressure since civil society in many parts of Latin America is quite well organised.

They are important since the exploitation of resources is mainly conducted by large, mostly non-domestic or transnational companies. Today, a company cannot afford to be accused of blatant human rights violations or environmental messes that are related to the extraction of raw materials that the company uses for further processing – this is not possible anymore.

We have states that should, in theory, be neutral and mediating between those affected and the companies Instead, unfortunately, states often contribute to the emergence of the conflicts. They are those that get the companies to start operations in the countries; they are those that provide the necessary legal and economic conditions. This is an important political dilemma that the respective national political societies need to deal with. 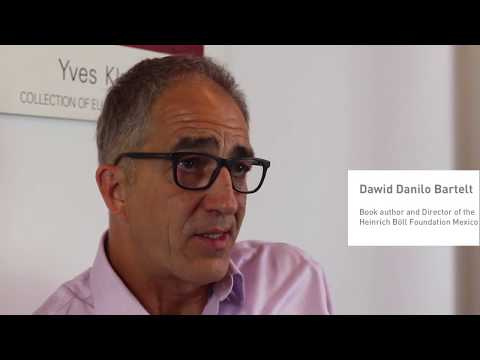 What are the barriers for successful collaboration?

Dialogue initiatives are welcome too. But this dialogue, however, should not be overestimated. People try to convey the image of equal partners. “Partners” is a popular term, but is not the case. The transnational companies that are involved have revenues that are comparable to the GDP of small countries like Bolivia. The fact that there is a power imbalance is often hidden behind terms such as “dialogue” or “partnership”. It is therefore my conclusion that whenever company action is voluntary, there is a systematic limitation for the success of such multi-stakeholder dialogues.

The failed assumption that there is a balance of power is not helpful, in my opinion, because it does not address the fundamental causes of the problem and does nothing to stop (and instead fuels) the reoccurrence of severe human rights violations and conflicts.

Who is ultimately responsible?

There are several steps when a piece of copper is extracted in Chile, creating huge environmental disturbances, processed and finally used as high performing equipment in the electronics industry. Each of these steps generates responsibility. As private individuals we are most likely involved in the use or consumption of the final product, and it also generates responsibility – not guilt, but responsibility – or at least the obligation to think about how this process looks like and what it entails. This product responsibility is not yet well-developed. We look in detail at products from the perspective of a consumer who seeks to make the right ecological choices. What we do not realise yet are the social conflicts that are also part of a product, and I would like us to develop more sensitivity in this regard.

Eventually, we should choose the political agenda that takes this dimension into account and that tries to design corresponding policies on a national as well as on an international or supranational (EU, UN, international law) level, since the exploitation of resources is an internal and essentially globalised process.

A new form of organized crime has recently been emerging in the Amazon: illegal mining. Miners fell trees, use high-grade explosives for blasting soils and...

Socio-environmental conflicts have increased in Latin America, in part because of extractive projects. But, how is this linked to “irregular” groups? And what...

WATCH: Dawid Danilo Bartelt, book author and Director of the Heinrich Böll Foundation in Mexico, explains in an interview with ECC the unprecedented level of...

How to address extractivism and conflicts in Latin America - lessons learned

WATCH: Dawid Danilo Bartelt, book author and Director of the Heinrich Böll Foundation in Mexico, addresses the constraints of businesses and the potential of...

The Spanish version of the Exhibition Environment, Conflict and Cooperation (ECC) that includes a specific module on South America is currently shown in Chile...

Transparency and Dialogue in the Extractive Industry in Latin America

What is the role of transparency in mining and how can it be fostered in conditions of asymmetrical power? The Latin American Dialogue Group: Mining, Democracy...

WATCH: Latin America is a region that has been both cursed and blessed by natural resource abundance. Competition over control and management of natural...