Peacebuilding as a strategy in climate-sensitive contexts 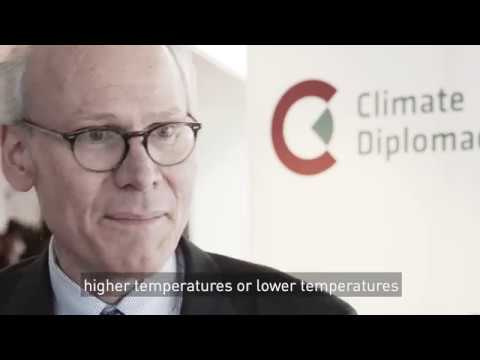 WATCH: In this video, Henk-Jan Brinkman, Chief of Policy, Planning and Application of the United Nations Peacebuilding Support Office (PBSO), argues that one needs to build a peacebuilding approach that includes climate. Vice versa, programmes have to consider the conflict dynamics in climate adaptation and mitigation programmes. He gives an interesting example from Somalia, where UNICEF runs a project that combines inclusive peacebuilding and climate action.

Climate change is a threat multiplier, and international interventions should not make things worse by ignoring climate-security links.

"What we really see is that the nature of conflict is really changing and it means that the factors that are driving the conflict are much more multidimensional and climate is one of them. It is really a threat multiplier. Food insecurity is one of the pathways through which climate change, more extreme weather events, more rain or less rain, higher temperatures or lower temperatures can impact violent conflict.

If you are resilient, if you have the institutions that can mitigate the conflict, then it doesn’t automatically lead to violent conflict. And that is why you really need to build a peacebuilding approach and think about the conflict dynamics in your climate adaptation and mitigation programmes. And that is really critical, so that you make sure that what you do, when you do and operate in conflict-affected settings, that you don’t make things worse and actually by changing a little bit of the way how you do it and how you engage with people, that you can actually have a positive impact in terms of peace outcomes.

Unicef for example was doing a project around water in Somalia. They realized that they cannot just put a pump in the ground, because water is really something that has come under pressure, because of climate change and there are lots of conflicts around water. They built in a peacebuilding component by making sure that where the water source would be and how it would be used would be something that would be discussed in the community as a dialogue among different groups and that was the peacebuilding aspect, to bring groups together, to make joint decisions, understand each other’s perspective and needs so that you have actually a positive outcome in terms of peace. That is just one example."

Governments have agreed a set of guidelines to protect the environment during and after wartime, the most significant legal update on the issue in 50 years.