Climate risks in Tunisia: Challenges to adaptation in the agri-food system

Tunisia is one of the countries most exposed to climate change in the Mediterranean. Future projections show more droughts and less rainfall. This particularly threatens Tunisia’s agri-food system that could trigger national instability. This paper contributes to better understanding the socio-economic, political and governance challenges to Tunisia’s capacity to adapt to climate risks in the agri-food system.

Tunisia’s agricultural system is central to the stability of the country, but it is also extremely prone to climate risks such as droughts and reduced or more variable rainfall. It is predicted that agricultural yields from key crops like wheat and olives will decline. These climate risks on Tunisia’s agricultural and wider food system can lead to socioeconomic instability and potentially cause security risks. Furthermore, these risks can have knock-on effects that cross national borders, sectors and systems. 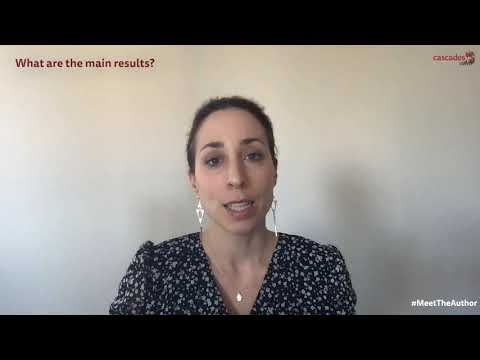 Tunisia’s capacity to adapt to climate change is undermined by three sets of political, governance and socio-economic factors, or so-called ‘climate-related development risks’, namely (1) governance and policy coherence challenges; (2) food import dependency and an export-oriented agri-food system; and (3) territorial inequalities. These factors contribute, directly or indirectly, to the likelihood of cascading climate risks that start with Tunisia’s agri-food system.

Due to the country’s reduced adaptive capacity, climate risks in Tunisia’s agri-food system can have an impact on Europe through trade and supply chains, security relations, financial markets, international aid operations as well as migration patterns. It is key that the European Union recognises these risks in its Green Deal and adaptation efforts, as well as in a much wider group of policies, ranging from trade to migration.

This description was excerpted from cascades.eu.

Tackling Food Security and Protracted Crisis in Horn of Africa

The Kingdom of the Netherlands has contributed $28 million to back FAO's work to boost the resilience of food systems in Somalia, Sudan, and South Sudan - part...

Tussles over the role of climate change in the Syrian uprising

The Syrian crisis and the multi-year drought that preceded it have become emblematic of contemporary discussions about the possible security implications of...

WATCH: In this interview, Francesco Femia, Co-Founder and President at the Center for Climate and Security, argues that we should be concerned about price...

NATO Report on Food and Water Security in the MENA Region

The NATO Parliamentary Assemblies’ Science and Technology Committee drafted a new report on Food and Water Security in the Middle East and North Africa. The...

Counting the Cost: Agriculture in Syria after six years of crisis

The ECC Factbook is an online tool presenting over 120 conflicts with an environmental dimension. This month, our Factbook team reviewed the links between food...