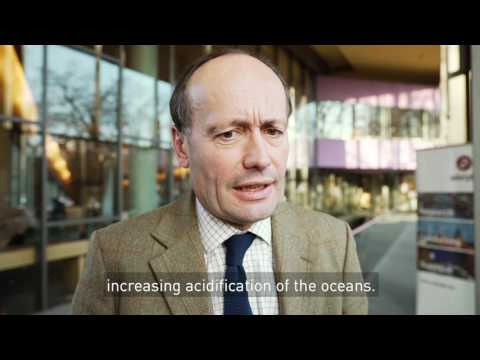 These threats, Morisetti says, are most likely to materialize into conflict where governments don’t have sufficient capacity to build resilience. Morisetti is Director of Strategy at the UCL Science, Technology, Engineering and Public Policy Department.

"We live in a really challenging century, in the 21st century. There is a lot of threats to global stability, our prosperity, our well-being, wherever you live. And some of the threats are traditional ones. We see it perhaps at what is happening in Eastern Europe at the moment or around the South China seas; we see non-state actors in the form of ISIS, Boko Haram, AQ, but also there is an emerging understanding that there are some non-traditional threats – you can call them environmental threats, resource threats, and one of them is climate change .. in the sense that in those parts of the world which are suffering from stresses: food, water, health problems, demographic challenges, often parts in the world where the government does not necessarily have the capacity to resilience, to look after their people, we are seeing conflicts or instability.

That is also the part of the world where climate change is having its greatest effects as people lose their lands, their livelihoods because of the rising temperatures, extreme weather events, increasing acidification of the oceans.
And if those people haven’t got a livelihood or have nowhere to live, then there is a risk of instability in those regions. It is also a recruiting ground of those terrorist organizations of Boko Haram, AQ etc.

It is important that the security community understands all the issues that affect the stability of the world – and we live in a joined up world so what happens thousands of miles away is as much a problem to people in Northern Europe as it is to those who are affected in Africa or Asia or the Indian subcontinent. So the security community, who is responsible for dealing with future threats as well as with today's threats, needs to put their headlights on full beam, scan the horizon, see what is happening, understand what the risks are, both from a global perspective and from a national one, and make appropriate recommendations for their national security strategies, or similar, to their respective governments."

At the forefront of climate action: local approaches to climate-sensitive conflict and violence prevention

This publication calls attention to and provide examples of local initiatives for climate-sensitive conflict and violence prevention. In addition, the...

WATCH: The panel discusses how equitable access to land and natural resources can be realized through legal empowerment of justice seekers and by strengthening...

WATCH: This event focused on how to move from identifying water- and climate-related conflict risks and forecasting current and future climate and water...