What is France’s view on climate security? – Interview with François Gemenne 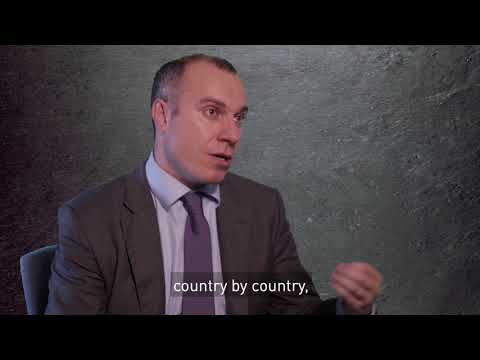 WATCH: France is increasingly looking into climate and security risks, partly because they manifest in regions of key French interest such as the Pacific, French Polynesia or New Caledonia. In the interview, the Co-Director of the Observatory on Climate and Defence at the French Ministry of Defence illustrates how France is waking up to the issue.

The Observatory produces research on climate change and security for France’s armed forces.

"About the French strategy to address climate and security risks, I think it is fair to say that for quite a while France had been behind when it came to these issues; that countries like the UK, the US and Germany were far more advanced with already studies on this, looking at the operational dimension for the armed forces in the late 2000s.

I would say that we provide an assessment, country by country, of the risks related to climate change and security with a specific interest for the French armed forces obviously, and for the countries that are of interest for the ministry. But we also provide a periodic report, looking at recent developments on scientific research and also on policy developments on climate change and security. And we organise a number of events and coordinate a number of studies, the most recent being a study that has just been launched on climate and security in the Pacific, where there are – as you know – some French territories. "

Concept for an Integrated Approach on Climate Change and Security

Given the complexity of the links between climate change, environmental degradation and peace and security, and the impact of these links on different EU policy...

The European Union has recently started in earnest to climate-mainstream its defence and security sectors. It published a Climate Change & Defence Roadmap and...

This report outlines the results of an extensive regional consultation process on climate change and security in South-Eastern Europe, including potential...

Climate, environment, peace: Priorities for EU external action in the decade ahead

The European Green Deal has made the environment and climate change the focus of EU action. Indeed, climate change impacts are already increasing the pressure...

Berlin is calling – will the world listen?

Climate and security were the focus of a high-level foreign policy conference held in Berlin in early June. At the core of the conference was the “Berlin Call...

Initiated in 2015, the French Ministry for the Armed Forces organized the first international conference “Defence and climate: what are the stakes?”. Since then...

Drawing the links between foreign policy and the SDGs

Achieving the 2030 Agenda is essential to peace and stability worldwide, and is becoming an important point of reference for foreign policy. As European...

On 26 February 2018 the European Union (EU) adopted its latest Council Conclusions on Climate Diplomacy following a Council Meeting of Foreign Ministers in...