With the right tools, water can become a source for peacebuilding – Susanne Schmeier, IHE Delft 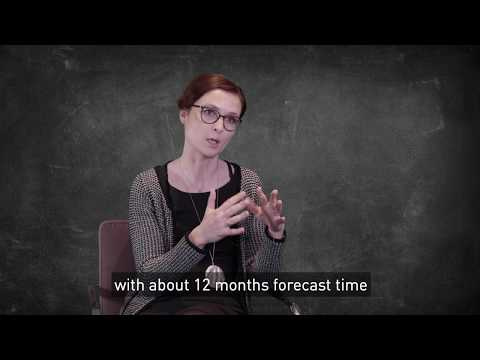 WATCH: What if water – a resource that is at the centre of many local and regional conflicts – could be utilised for fostering peace? It is this potential that the ‘Water, Peace and Security Partnership’ is seeking to leverage.

Dr. Susanne Schmeier, Senior Lecturer at the IHE Delft Institute for Water Education of the UNESCO, explains that the partnership has emerged from a call for action sent out at the Planetary Security Conference in 2017, to which governments and organisations responded by creating a set of tools for assessing and responding to water-related security risks.

“Water is obviously the element through which climate change manifests itself, and hence also climate change being a threat multiplier in many of the conflicts, it manifests itself through water. That has been on the agenda for quite some time, and it has also been put forward at the last Planetary Security Conference with a call for action. And to that call for action, indeed a number of organizations have responded. So the Dutch government, the Dutch Ministry of Foreign Affairs, has set up a project, which is called the ‘Water, Peace and Security Partnership’, that works on water-specific or water-related risks, and how they turn into more general security threats and risks that affect populations, countries, entire regions, but also the global level.

The ‘Water, Peace and Security Partnership’ brings together a number of organizations from the research sector, but also from the NGO sector, organizations that work on the ground. And what we do is we work on the entire chain, from identifying conflicts to actually preventing, mitigating or solving conflicts. So part of our work focuses on developing a global analytical tool – it's a machine learning-based tool that allows to identify hotspots of potential water conflicts with about 12 months forecast time to help policymakers in a rather general, yet informed way to see where potential conflicts could occur, because water is getting more scarce, reservoir levels are decreasing, food price crisis are emerging and other water-related risks and their consequences. Once such a hotspot has been identified, we provide other tools that help to look into it much deeper.

Because just knowing there is an issue that has something to do with water in conflict is not enough to develop policy solutions. So the other tools we’re developing look at the exact link between water on the one hand, and human responses to water-driven crisis on the other hand. And in a next step then developing policy advice that is being implemented on the ground through dialogues. And we're currently working on a number of dialogues in different countries, one of them being Mali, looking with local stakeholders based on the modelling tools that we've developed into what actually drives the conflicts between different groups in the Inner Niger Delta. What role water plays, what role other factors play - also very important - and how that could help with already ongoing dialogue processes in not only preventing or mitigating water conflicts, but actually turning water into a source for peacebuilding and away from a source of conflict.”

Water is the new carbon

Global water security is increasingly threatened. Accounting for water use and risk ought to have the same urgency with which we address carbon.

State of the climate: How the world warmed in 2021

The climate data for 2021 is now mostly in, and it has proved to be another noteworthy year across the oceans, atmosphere, cryosphere and surface temperature of...

Handbook on water allocation in a transboundary context

The first-ever ‘Handbook on Water Allocation in a Transboundary Context’ explains the various phases, benefits and challenges of transboundary water allocation...

Connected and healthy rivers deliver many important benefits, but if all currently proposed hydropower dams are built, over 260,000 km of rivers will lose free...

The 2021 World Water Development Report on “Valuing Water” assesses the current status of, and challenges to, the valuation of water across different sectors...

Why Water Conflict is Rising, Especially on the Local Level

That future wars will be fought over water, rather than oil, has become something of a truism, particularly with regard to the Middle East. It’s also one that...

This report explores the main impacts of climate change on the water cycle and water-dependent sectors, and develops recommendations for how the water sector...