The oil market’s got Covid-19: fossil fuel phase out in fast-forward?

Decarbonisation won’t come as fast as the pandemic. But if fossil fuel exporters are not prepared for it, they will face an enduring crisis. The EU can help.

With planes grounded and cars sitting idle due to the COVID-19 pandemic, demand for oil is cratering. In January, before the lockdown, a barrel of Brent Crude would fetch over $60, whereas the price hovered between $20 and $30 in April. Prices for some oil contracts even went negative last month—oil producers would rather pay someone to take their oil than pay someone to shut in their wells.

The collapse in the oil price is a major threat to exporting nations. Iran needs to earn a whopping $389 per barrel in order to balance its budget, according to the IMF.Algeria needs to earn $157, Azerbaijan $78. These countries are losing income at the worst possible time, when they need to increase social and health spending. Bloomberg reports that Algeria is already cutting food imports.

Even wealthier oil-exporting countries, which often have lower borrowing costs and large sovereign wealth funds, are tightening their belts: Saudi Arabia ($76 breakeven price), is cutting state spending and lifting its debt ceiling, while the Russian government has said that it will burn through half of its rainy-day fund this year.

These exporters have more time to prepare for decarbonisation than they did to the coronavirus—no carbon pricing mechanism spreads as fast as stay-at-home orders. Yet we might be seeing a sneak preview of the future for oil exporters in a decarbonizing world.

Decarbonisation and the recovery from the COVID-19 outbreak

Given varying national circumstances, every country will follow a different path as it reduces its emissions, yet each will be affected by the actions taken by others. Notably, if major fossil fuel importers decarbonise, states dependent on fossil fuel exports will see a slowing economy and declines in government revenue, and struggle to maintain public spending.

Economic dependence on fossil fuels is also not the only determinant of vulnerability to long-term decarbonisation trends. Decarbonisation also intersects with various other fragility and security risks, such as low economic development, corruption and weak governance, climate change impacts or ongoing disputes and conflicts. For example, Colombia is still in the process of building a lasting peace after decades of internal conflict. Economic stability is crucial for fulfilling the terms of the 2016 peace agreement with the FARC and to the country’s post-conflict development.

We know that climate change is a “threat multiplier” that exacerbates existing problems, but for some countries, efforts to reduce emissions and mitigate climate change can be problematic in the short to medium term as well. Fortunately, there are ways to cushion the blow. Focusing investment on diversifying the economy and on public services like education and healthcare—as well as good governance in general—can increase resilience to shocks of all kinds, and prioritising climate action and economic diversification into low-carbon sectors further raises resilience to potentially destabilizing decarbonisation trends. The most fragile countries will likely also need further conflict prevention and stabilisation measures. 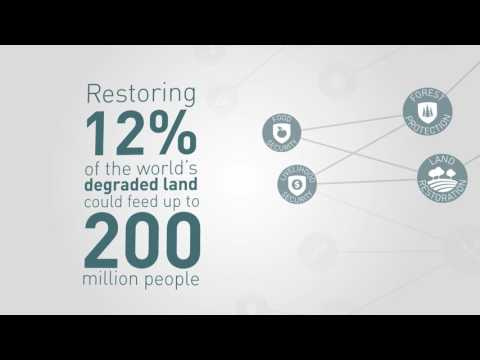 In 2014, the New Climate Economy report stated that we had 15 years to make our infrastructure climate compatible. The authors urged that all planned investment align with protecting the climate. They calculated that this would imply a reasonable extra cost compared with business-as-usual investments and deliver huge co-benefits, for example through reduced air pollution.

Six years later, we are now seeing the development of large government stimulus packages to meet not climate change but a different, more immediate threat. Still, the economic rebuild after the pandemic can also be an opportunity. We can use these resources to rewire our economies, designing policies that reap the benefits of transition and cushion the impact on weaker groups. Or we can delay change and risk a chaotic phase-out at an uncertain point in the future, possibly through more abrupt measures, with less options to choose from, as catastrophic climate change unfolds in the coming decades.

How will the international order evolve as climate impacts get worse and some countries move to decarbonise while others still bet on fossil fuels? It might be very similar to what is happening on the oil markets today – but with no outlook for an “after the crisis”, no hope of a rebound in demand when cars are back on the road. The EU has long sought to show leadership with regard to a smooth energy transition, but it needs a multi-layered strategy to confront this challenge.

Many pieces of the jigsaw are already in place, as green economy and resilience imperatives gain ground in European policy thinking. We need to make sure this picture guides the response and recovery in wake of the pandemic.

Our report “The Geopolitics of Decarbonisation” takes a deep dive into the vulnerability of fossil fuel exporters to long-term decarbonisation trends in six country case studies.

A new report from the IPCC finds that the world could face a more than 3° Celsius increase in the global average temperature over pre-industrial levels based on...

Complexity and uncertainty are the new normal: COVID-19, climate change & conflict prove it

As political and public narratives on COVID-19 shift towards the need to ‘build back better’, the pandemic continues to take a heavy toll for many. A new report...

The Geopolitics of Decarbonisation – A Report to Guide EU Foreign Policy

With the European Green Deal, the European Commission under President Ursula von der Leyen has committed to accelerating decarbonisation in Europe as a major...

Under the Paris Agreement, governments have committed to radically cutting carbon and other greenhouse gas emissions over the coming decades. This...

"Building back better," not COVID-19, is a silver lining for the climate

Greenhouse gas emissions are down and air quality has gone up, as governments react to the COVID-19 pandemic. However, the head of the UN Environment Programme...

Give Me Five! – Key Blocks to Guide a European Green Deal for EU Foreign Policy on the Geopolitics of Decarbonisation

Based on the findings from the report "Geopolitics of Decarbonisation" this policy brief focuses on six fossil-fuel exporting countries – Azerbaijan, Canada...

Geopolitics of Decarbonisation: Towards an Analytical Framework

An increasing number of scholars and analysts point out that the necessary decarbonisation of the global economy will impact international affairs and...

Foreign policy has the tools to take the SDGs forward – Interview with Oli Brown, Chatham House

WATCH: The Sustainable Development Goals (SDGs) are not supported by any binding mechanism; their implementation depends solely on political will and interstate...

Fragile Planet - The Politics and Economics of the Low-Carbon Transition

The 2015 Paris Agreement has focused global attention on the need for countries to address climate change risks. But not all countries are equal, in terms of...