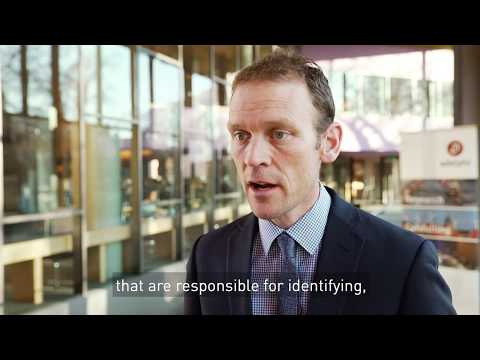 WATCH: In this interview, Oli Brown, UNEP Coordinator Disasters and Conflicts Subprogramme, explains how his organisation explores new avenues for integrated risk management and works with entities such as the peacebuilding support office and the department for peacekeeping operations, to encourage them to integrate climate approaches into their work.

International institutions have begun to integrate climate-security risks into their work.

This interview was conducted at the Planetary Security Conference in The Hague, 5-6 December 2016. It is produced by Paul Müller-Hahl (Lichtbilder Filmproduktion) and directed by Stella Schaller (adelphi).

"UN Environment tries to be the voice of the environment in the United Nations system and the core role of the UN system is the preservation of international peace and security. We see our role as identifying core environmental risks as they relate to peace and security. We don’t get involved in conflict prevention, conflict mediation ourselves but we try and work with the bits of the UN that are responsible for identifying, preventing and resolving conflict. We try to encourage organs like the UN Security Council, the UN General Assembly and other parts of the UN to really think about how climate change can play a role in international peace and security and what we can do to resolve some of the core issues that climate change is creating in terms of peace and security. So that involves working with entities as the peace building support office, the department for peace keeping operations, to think about how they can integrate climate approaches more effectively into their work.

There is a few different dimensions of how we are doing this: we are working with the department of peacekeeping operations to think about and to help them reduce their own environmental footprint – peacekeeping operations in the UN: we have 120,000 troops in 20 different missions, 2,000 different locations around the world and so the UN is actually a major deployer of troops, interceding in conflict in fragile states, keeping kind of battling groups apart, keeping combatants apart, kind of monitoring peace agreements. So one of the things we are trying to do is to help minimize their own environmental footprint so they are not actually making the situation worse.

Another area we’re working is in fragile states such as Sudan, Afghanistan, South Sudan, Haiti, to support general environmental management in the countries to help build back processes of institutions and laws, capacity for environmental management in those post-conflict countries so they can manage their own resources better which is part of the story, part of the solution the conflict-impacts of climate change.

Climate change plays out in many different ways around food security and water and land and so on. Fundamentally, it’s redrawing the maps of our world and that is very destabilizing, it potentially makes life a lot more difficult in different parts of the world through food security problems, through internal displacement, through problems of water and so on. The response has to be very holistic, has to be very broad, it involves dealing with these core root causes of the conflicts which is at the whole sweep of environmental management and natural resource managements in those countries.

We are working with the European Commission to look at: how do we take the policy, the idea of climate insecurity and actually make a difference on the ground and take some of the risks that we have identified over the last 10, 15 years of research and advocacy and campaigning around the potential impact of climate change and actually do something about them on the ground."

Seven questions for the G7: Future climate fragility risks and what to do about them

A new report published by the multilaterally-backed climate security initiative Weathering Risk asks Superforecasters to answer seven questions about the next...

What does the IPCC report tell us about climate and conflict?

Whilst at first sight it may not seem explicitly so, the new IPCC report contains a lot of important findings on the links between climate change and conflict...

After UNSC disappointment, African Union picks up the climate-security baton

Progress has stalled for the time being on a United Nations Security Council Resolution on climate security. However, a recent communique from the African Union...

A regional breakdown of the IPCC's warnings, and what they mean for peace and security

What before was 'clear' is now 'unequivocal': human activity is causing the climate to change rapidly and drastically, while threatening the environment and the...

The new and unique Weathering Risk Methodology provides decision-makers and practitioners across all sectors with a comprehensive and scalable research approach...

The Strategic Advisory Board of Weathering Risk, the climate and security risk and foresight assessment initiative, met for its inaugural session on 19th...

WATCH: This session explores what the most relevant data for climate security is, and how it can inform political decision-making aimed at sustaining peace.

For the first time in the survey’s 10-year outlook, the top five global risks in terms of likelihood are all environmental. They are: extreme weather events...