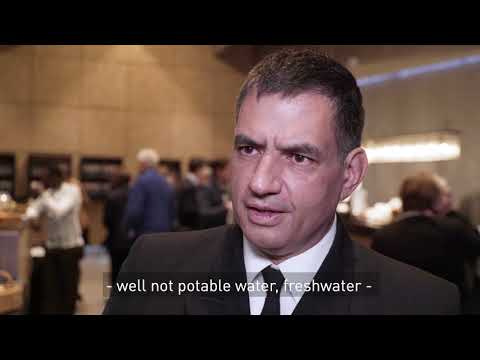 WATCH: For national  defence bodies, climate impacts represent "non-traditional security threats", with which they are often not familiar and not adequately equipped to handle. Barry Choy, NOAA Liaison to the U.S. Pacific Command, explains the role of science in preparing security organisations for climate-related security risks.

"NOAA stands for the National Oceanic and Atmospheric Administration and we are under the US Department of Commerce. We have a Commission Corps of uniform officers. Not unlike the Army Airforce and Navy Marines. Now I am assigned as the Liaison Officer to the Pacific Command. And that was stemming from a request in 2013. The Commander, he is very familiar, and most military commanders are, with traditional security threats. And these are the things you read about every day in the newspaper. Whether it is terrorism or weapons of mass destruction – these types of things. But he was less well versed on climate change.

Now with respect to climate change, a number of issues: One is water resources. It is not only that water is becoming scarcer, more polluted. So even if you have potable water - well not potable water, freshwater - you may not be able to use that water; and then it is becoming less available in a lot of countries because of rising sea levels, salt-water intrusion into the fresh water lenses. So now that becomes an issue. Trying to grow crops in a salty environment is nearly impossible – so now you have a food security issue on top of that. So all those cascading effects…

Then when your country is maybe going to go under water, if their sea levels rises and some of these countries, their average height above sea level is a couple of meters, maybe, on a good day. And so to expect the sea level to rise by a meter by the end of the century – so let’s say half your country disappears – what are you going to do about it? Do you build an island and move everybody on to a higher island? Do you evacuate the entire country? Then where do you go? What does that country that you are moving to think about that? Does this cause issues?

So all those things have to be thought through very carefully. They are a security threat. So having the best science to back whatever policies and decisions we are going to make is very important. And that is what NOAA does: Science!"

The scope of national security is expanding beyond violent threats to encompass a broader array of dangers. In an article for World Politics Review, CFR's...