Climate policy as an approach for security – Interview with Susanne Dröge, SWP Berlin 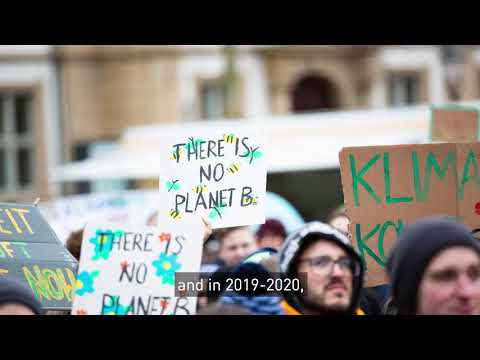 WATCH: In this interview, Susanne Dröge, Senior Fellow at the German Institute for International and Security Affairs (SWP), argues that the debate on climate security is expected to become more prominent and dynamic in the near future, and explains how the Paris Agreement is providing a foundation for climate security policies to take shape.

One of the biggest political challenges today is to close the gap between climate action and security objectives.

So I think the political challenge really is to close the gap between the demand for more prevention and mitigation activity, and the outcome for the security situation of many people in the world that are heavily affected or will be in a future that is not so distant, but it's not tomorrow that it’s going to happen.

Germany and four more European countries are members to the UN Security Council,  and what you see there is that a debate has evolved that was really difficult to start, because now the hardcore security people are confronted with this soft issue of climate change impacts and risks. And while this Council is really addressing hard security issues like war in Syria, for instance, it is asked to handle the risks that also exist in climate policy.

This brings a different angle and drive into a debate that is very dynamic these days, with all those pupils going into the street demanding more climate action. So from many different sides there is more pressure building up,  and in 2019-2020, when the Germans will be in the Security Council, we will see also that that will be a more prominent debate.

If you look at the climate and security debate, it cannot do without the other climate policy activities, so I think the Paris Agreement is the strong foundation of climate policies. It delivers all the tools we need to address the problem in its complete broadness and depth. And the last negotiations were pretty successful in creating a rulebook that is reliable. So this is one part that needs to be kept in mind, and I think, because we have a lot of talk about “this must not be a securitized issue, because militaries must not invade into a country because of climate change”. Of course not. But it's part of a bigger puzzle. So I think the foundation or the framing of the puzzle is still what climate negotiations are about and the Paris Agreement regime, and there is clearly a role for the climate security debate in making sense of why this regime has to be supported."

More than ever before, this year of natural disasters, compounded by wars and a global energy crisis, has brought the security threats that come with climate...

While we are still reading the summary and rewatching the sessions of the Berlin Climate and Security Conference, negotiations at COP 27 are running at full...

The fourth Berlin Climate and Security Conference (BCSC) 2022 highlighted the importance of multilateral cooperation, inclusivity and locally-informed action to...

Highlights of the Berlin Climate and Security Conference 2022

The Berlin Climate and Security Conference (BCSC) 2022 took place to discuss how to weather the risks resulting from the interaction of climate and conflict...