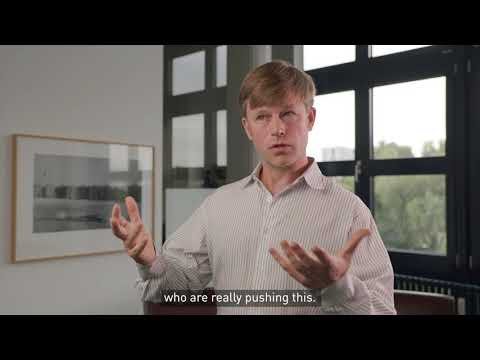 WATCH: A UN Security Council resolution on climate change and security seems to be within reach. What difference would it make, and how can it benefit people in affected countries? adelphi Heads of Programme for Climate Diplomacy and Security Janani Vivekananda and Benjamin Pohl explain.

"Well, from the perspective of a country that sits on the United Nations Security Council as a non-permanent Member, there is a need for an urgent, I think, resolution to be passed sooner rather than later on this issue."

"I think it would make a difference at two levels. So, one would be the high politics, the symbolism of the Security Council, which brings together the most powerful countries on this planet, acknowledging the fears of the most vulnerable countries, who have been asking for this type of resolution. The second element would be to give more direction at a practical level to the different UN agencies, to the different UN operations, in order to have them integrate much better their peacebuilding work with climate adaptation work.

There are by now, I think, three groups who are really pushing this. So, there’s the group of the Small Island Developing States who have been asking for a Security Council resolution on the issue of climate security for a long time because they are existentially threatened. Then there’s the group of Western countries who have been supportive of this call. And then, and that’s really important, that’s also, I think, what’s changing, there’s been a big push from other affected countries, particularly in Africa and in the Middle East, and also in South and Southeast Asia, who can see the effects on the ground and, of course, who provide a lot of credibility.

There are two big demands coming from a number of UN Member States and Council members. One is in terms of having political representation for this issue of climate and security, to form, for example, a Special Representative. And the other one is having some form of regular reporting mechanism that ensures that the UN shows its awareness of the interlinkages of these risks and also has a basis for conducting the systematic risk management that the UN Security Council has been asking for in various country resolutions."

"It’s great to have these calls at this high level, at the conceptual level, but ultimately on the ground, we need adequate risk assessment. We need locally-informed analysis for locally-informed action. We need to have solutions to these risks that are informed by the people that are most affected by them. These are intersectional issues and problems and challenges and we need to involve all parts of society, not just at the national government level, not even just at the local governance level, but also ensuring active participation by civil society and local climate scientists and local conflict experts to ensure that we get the most nuanced understanding of the risks at play to get the solutions right."