Skip to main content
© CSSD
How will specific consequences of climate change impact the Chinese population?

China is a country already significantly affected by climate change. Models project that China will have an above-average rise in temperature, accompanied by increases in periods of drought and heavy rain events. Climate change will not only have an effect on the Chinese ecosystem, but also on the availability of natural resources and the wellbeing of China’s population.

Water shortage is the most severe challenge to China right now, and also an important factor for future economic growth.

There are crucial and intrinsic relationships between issues related to water, energy, and climate change. For China, these interconnections can be illustrated by the following alarming trends:

There certainly seems to be enough coal in China. The globally significant question that has not been answered, however, is where China will find enough water, up to 15 billion cubic meters a year, to develop new coal reserves.

The link between water and energy

Extreme climate events are the main causes of natural disasters in low-lying coastal regions. In China, both the frequency and intensity of tropical storm surges have increased since the 1960s. Studies predict ever more frequent floods in eastern China. The South China region, which includes the low-lying Pearl River Delta, is susceptible to rising sea-levels. Rising sea-levels threaten the continued rapid economic growth of these low-elevation coastal zones, which not only surround the economic centres of Shanghai, Tianjin, and Guangzhou, but are also home to key ports, through which imports and exports pass, connecting China to the rest of the world.

Extreme weather events have already taken a toll on China’s eastern coastal region, which perhaps indicates what is to come. In 2006, such disasters cost China more than US$ 25 billion in damages. Much of this comes from infrastructure damages in densely populated areas.

Extreme weather events will usually incur a series of ‘secondary disasters’, resulting from their direct impact after they hit a certain area. In some mountainous areas with sharp elevation, rainstorms and snowstorms are usually followed by mudslides. These mudslides carry large amounts of dirt, cause significant damages to infrastructures such as roads, railways, and houses, even threaten the lives of inhabitants. The severe mudslides that occurred in 2010 in the Zhouqu county of Gansu province have highlighted this challenge.

Affected by monsoon climate, local and regional droughts hit China almost every year in its vast territory and diversified geographic zones. Sometimes, these droughts occur over two or even three seasons. Droughts are frequently accompanied by heat waves, especially during the summer droughts in the Yangtze River basin, aggravating the impacts of the disasters.

Rainfall and floods in China

Rainstorm prevails in most of China‘s provinces, except for a few in the northwest. The major rain belt in China‘s mainland moves northbound throughout the seasons. Between April to June, rainstorms frequently hit southern China, and from June to July, the downstream part of the Yangtze River basin is afflicted by continuous rainfalls. Intensive rainstorms occur in northern China in July and August, after which the rain belt retreats toward the South from August to October. After the summer, typhoons from the East Sea and the South Sea become active, bringing large amounts of precipitation inland.

As of 2010, the national coal industry used a total of 138 billion cubic meters of water per year, accounting for 23 percent of China’s total freshwater usage. According to government estimates, this number will go up to 28 percent by 2020.

Scientists predict that climate change will decrease the stability of agricultural production in China, causing larger variations in crop productivity. Scientists also predict a 5 to 10 percent decline in overall crop productivity in China by 2030 as a result of climate change, and a decline of up to 37 percent in rice, maize, and wheat yields after 2050. In addition, increase in temperature is likely to aggravate the prevalence of agricultural pests and diseases in China.

The lower yields projected under a warming climate in parts of China could mean reduced exports of key crops such as rice, maize, and wheat to other countries, causing a cascading impact on the food security of these countries.

A woman hand-watering crops in Ningxia

The stability of food security is difficult to determine. This graph uses cluster analysis, which breaks the data into four indicators that carve out three major areas and measured the food security distribution of China. In this graph, the areas marked green enjoy the best food security and are economically well-developed; here, a moderate food supply is compensated with better than average use and food consumption. Yellow-marked areas have good food security, while red areas suffer from the lowest level of food security.

Poor farmers in Huaxi District, Guiyang City, receiving energy, saving lamps from the government (Program supported by Ministry of Science and Technology and other government entities).

Poor farmers in Huaxi District, Guiyang City, receiving energy, saving lamps from the government (Program supported by Ministry of Science and Technology and other government entities).

Locusts on the move

Planting trees and keeping forests for our country is a grand course that contributes to the development of socialism and that benefits our future generations. We shall continue this course for twenty years, for hundreds and thousands of years, for generations and generations.

China has been actively promoting policies and actions addressing climate change, including those targeted at saving energy, increasing energy efficiency, improving the energy structure, and increasing the rate of forest coverage, in order to transform the current development patterns into better sustainability. Notable success has been achieved by implementing these policies.

China attaches high priority to transforming its economic structure and developmental pattern. The government developed and implemented a series of industrial policies and departmental plans which are designed to reduce energy and resource consumption, optimize industrial structure, and achieve a sustainable developmental pattern of “low input, low consumption, low emission, and high efficiency“.

China pays extensive attention to energy-saving potentials, and makes it an important national strategy. China’s principle for energy use is to “combine exploitation with conservation while setting conservation as the priority“. In its 11th Five-year Plan (2006-2011), China has identified the strategy of “developing a resource-efficient and environmentally-friendly society“, and developed the mandatory target of reducing its energy consumption by 20 percent per unit of GDP in 2010, relative to 2005 levels.

China made tremendous efforts to develop renewable energy, improve its energy structure, expand its sustainable economy, and reduce GHG emissions. China also strives to reduce agricultural GHG emissions and increase its rate of forest coverage to expand carbon sinks. The government developed a series of mandatory policies to support this course of action, such as the Clean Production Law, the Law on Prevention and Treatment of Solid Waste Pollution, the Circular Economy Law, and the Municipal Solid Waste Management Guidelines.

The Director of Shanghai University's Electric Power Solar Energy Research Institute, Professor Zhao Chunjiang, installed 22 photovoltaic solar panels on the roof of his own home, generating 3,567,000 watts per hour for over a year. Besides personal use, nearly half of the energy output went into the national grid. This is the achievement of Shanghai's first 'home solar power plant'.

Since 2009, the East China Sea Bridge wind farm, the first off-shore wind farm of China and Asia, has been very busy. The wind farm uses 3MW wind turbines, the highest power for single wind turbines at present. After its completion, compared to a coal-fired power plant, the wind farm could save 86,000 tonnes of standard coal a year and reduce emissions of carbon dioxide by 237,400 tonnes.

Xinjiang province accounts for one sixth of China’s land area. This region has unique natural wind resources that lend themselves to early renewable energy development. The Dabancheng wind farm is the pioneer of China’s wind power industry. It is also the largest wind power plant in China, with hundreds of wind generators.

Gansu province located in north west China also has huge wind power potential. It is home to 32 large-scale wind farms and is a key area for China’s inland wind power.

Incentives for Climate Action in China 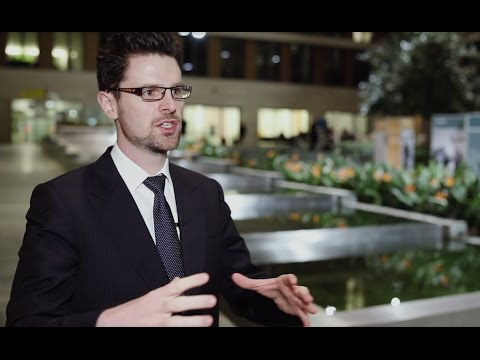 This interview has been conducted within the context of the Planetary Security Conference in The Hague, 2-3 November 2015.